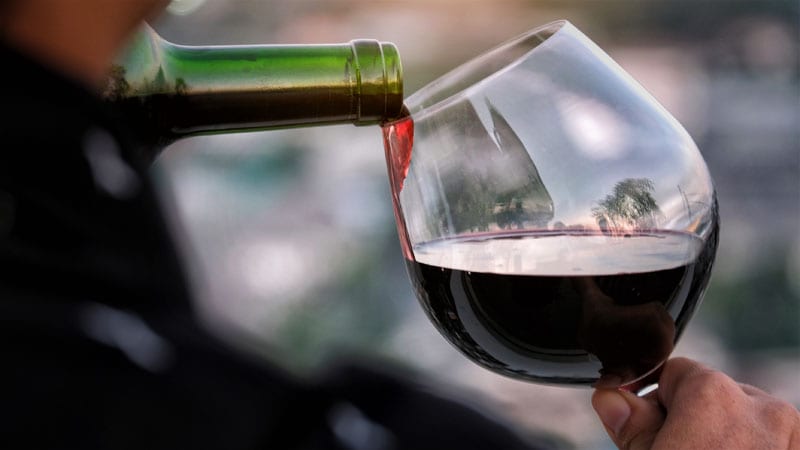 But it does add to the overall picture of alcohol’s risks and benefits, he told Medscape Medical News. “It might help inform lifestyle choices.”

Khawaja and his colleagues published the finding in Ophthalmology.

While cataract can be treated with surgery, the need for the procedures is growing, outstripping the resources available to provide it, especially in the developing world, said Paul Donaldson, PhD, who has researched cataract and nutrition at University of Auckland in New Zealand, but who was not involved in the study.

Teasing out the costs and benefits of drinking alcohol has been difficult; first because a randomized controlled trial can’t be done ethically, and second because the observational data have been conflicting.

This is true whether researchers look specifically at cataract or at broad measures, such as all-cause mortality. Some recent meta-analyses have concluded either that any or all but a modest amount of alcohol are associated with increased mortality, with benefits for myocardial infarction outweighed by the harms of cancer, diabetes, and other cardiovascular disease.

The research on cataract has been especially mixed, with some studies finding an increased risk with heavy drinking but a decreased risk with moderate drinking, and others finding no association at all, Khawaja and colleagues found.

In search of a more definitive answer, they analyzed two databases: The European Prospective Investigation of Cancer (EPIC)-Norfolk and the UK Biobank.

EPIC-Norfolk recruited 25,639 residents in East Anglia, United Kingdom, aged 40 to 79 years between 1993 and 1997. Participants indicated how often they drank various alcoholic beverages in the previous year, selecting from nine options that ranged from “never or less than once per month” (less than 14.10 g of alcohol/week) to “6 or more times per day” (at least 88.78 g/week).

The UK Biobank is a cohort of 502,504 residents who were 40 to 69 years of age when they enrolled between 2006 and 2010. The participants indicated how often they drank various alcoholic beverages by choosing from six categories, ranging from “never” to “daily or almost daily.”

Both databases were linked to hospital procedure records, allowing the researchers to know when and if the patients had cataract surgery. Patients were excluded if they had a cataract surgery at baseline or within a year.

After adjustment for covariables such as socioeconomic status, the researchers found that the drinkers were about 10% less likely to undergo cataract surgery than the nondrinkers (EPIC-Norfolk hazard ratio (HR), 0.90, P = .004; UK Biobank HR, 0.89, P < .001).

The UK Biobank analysis also showed that red wine had the strongest association with reduced risk for cataract, followed by white wine and champagne and then beer.

Why might alcoholic beverages reduce the risk for cataract? One possibility is the benefit of antioxidants, such as polyphenols, present in all alcoholic drinks, but especially wine. Some evidence suggests that resveratrol, an antioxidant in red wine, protects against cataract and other age-related diseases. Another hypothesis is that alcohol lowers low-density-lipoprotein (LDL) cholesterol, which has been associated with cataract.

In contrast, heavy drinking induces the expression of a liver enzyme that produces reactive oxygen species when it metabolizes alcohol and might cause aggregation of lens protein resulting in cataract. These beneficial and harmful effects could explain the U-shaped association found in the UK Biobank data.

Compared with previous studies, this one has the advantage of a large number of participants and data collected over several years from two databases, Khawaja said. “I think it’s the size, I think it’s our study design, and I think it’s the complementary findings for the two different studies that makes this the most definitive work to date on this topic,” he said.

In future research, Khawaja hopes to look at other types of antioxidants to measure their effects on cataract.

“I think a nutritional strategy is the way to cure cataracts and treat cataract and delay the onset,” Donaldson told Medscape Medical News.

Diets high in fruits and vegetables can significantly reduce the risk for cataract, he said. But it is challenging to study the benefits of any specific nutrient because there are no good animal models for human cataract, and the various types of cataract might be affected differently by different antioxidants.

Laird Harrison writes about science, health and culture. His work has appeared in national magazines, in newspapers, on public radio and on websites. He is at work on a novel about alternate realities in physics. Harrison teaches writing at the Writers Grotto. Visit him at lairdharrison.com or follow him on Twitter: @LairdH